It is often said that any studio set up is only as strong as the weakest link in the chain. While it’s easy to get excited about shiny new microphones, outboard gear and plugins that sell the dream of become a ‘mix Jedi’, basic cable linking is often overlooked. Many noise problems in the studio arise from poor wiring and it is worth investing in proper cables to hold everything together. Decent cables don’t have to be super expensive, and avoiding cheap, poorly shielded, molded cables pays off in the long run.

The majority of good quality audio equipment is designed to work with balanced cables that are, without doubt, the preferred choices of cables in professional recording studios. So, what is a balanced cable and how does it work?

In any audio system it is important to reduce unwanted noise. As audio cables are prone to picking up outside electrical and radio interference, acting like lots of little antennae all round your studio, lots of cables = increased likelihood of unwanted noise.

Electrical and radio interference leaks into cables through a process called induction, manifesting as noise. On a single channel of a mix this noise may be situated at a very low level, and not really seem too much of a problem, but when multiplied across several channels the noise level becomes a distraction and is unacceptable.

In an attempt to reduce interference, a basic unbalanced instrument cable, such as those used for guitars or keyboards, utilises a meshed screening wire that surrounds the central signal conducting wire. While this offers some protection against interference it is not particularly effective, especially over long cable distances and low-level output sources such as microphones.

On the contrary, a balanced cable uses an additional method for reducing noise through utilising an extra signal carrying wire. The wire carries what is known as a phase-inverted version of the signal; one that is the exact opposite of the main signal as illustrated below. 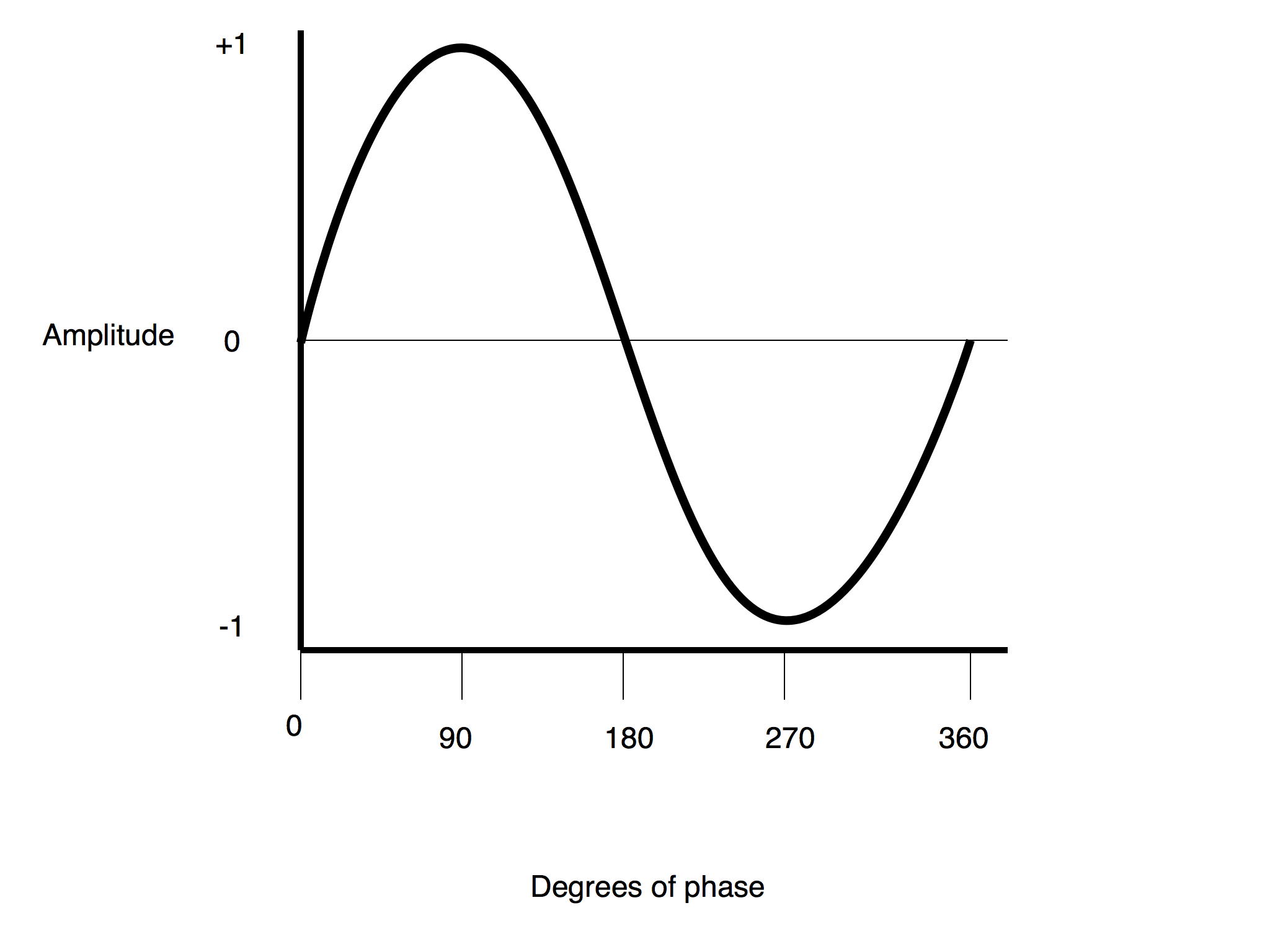 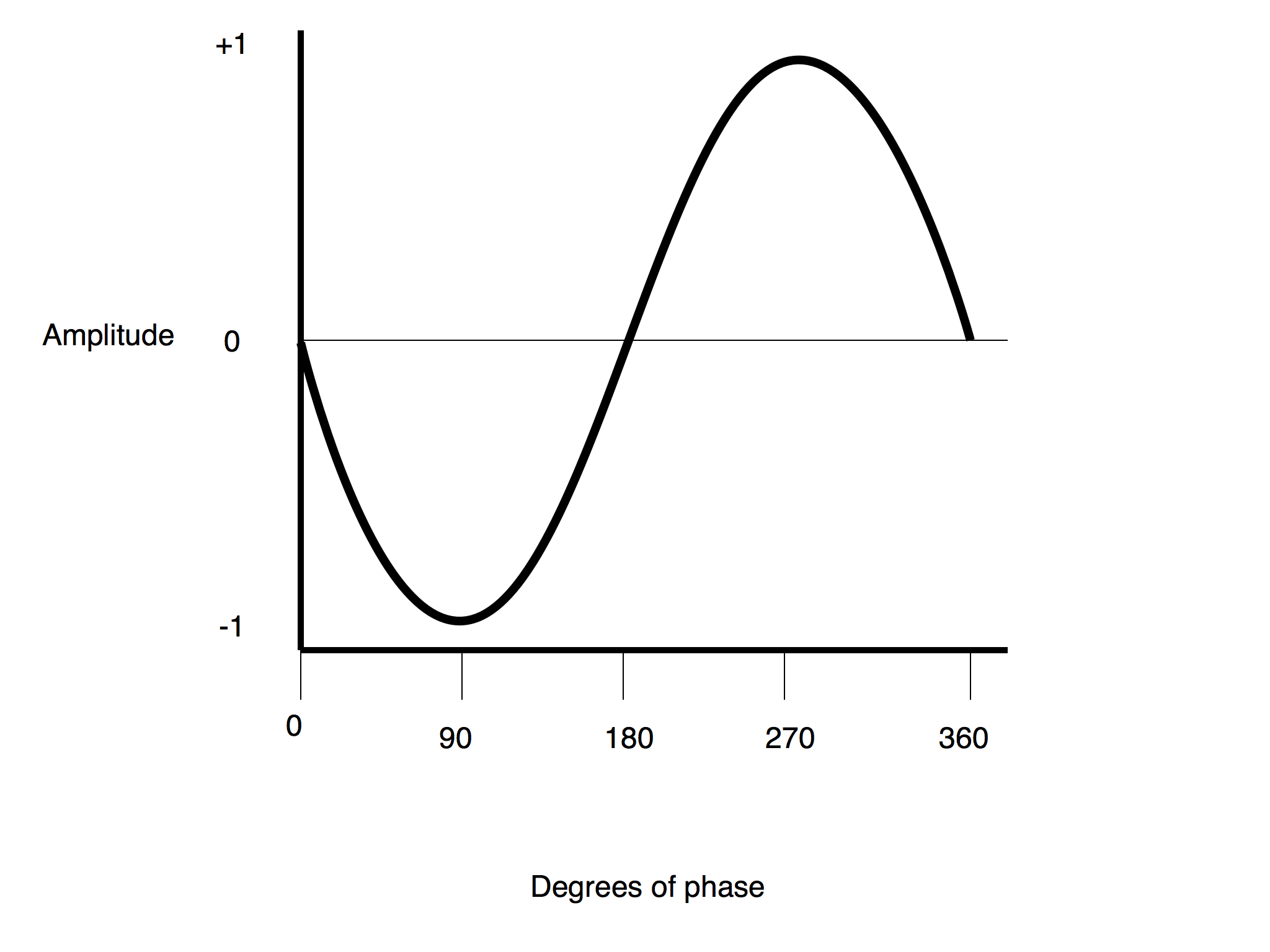 On playback, you would be hard pressed to notice any difference between Sound wave 1 and Sound wave 2 and would appear to sound identical. However, if you combine the two sounds and play them simultaneously there is no sound at all. So, why does this happen?

In order to explain this, let’s visit some basic acoustic theory: Sound propagates through the air in waves of fluctuating air pressure. Both sound waves 1 and 2 depict a waveform with positive and negative areas (degrees of phase). The centerline represents an area of no change in air pressure. Above this, where the waveform is raised and displaying a positive value, there is area of increased air pressure (compression). The area below the centerline, displaying a negative value, is an area of decreased air pressure (rarefaction).

When sound is converted into electrical energy, the electrons in the cable retrace the same pattern of compressions and rarefactions that the air molecules had when they were vibrating in the air.

So, we have our balanced cable with two wires to carry the signal (along with a third meshed screen wire that provides the grounding for the circuit). The first wire carries the normal signal and the second wire carries a phase-inverted version of the signal. These two simultaneous signals cancel each other out. However, when the two signals reach their destination in a balanced circuit, they are passed through a device called a differential amplifier.

What happens to unwanted noise in a balanced circuit?

Now the really clever part: any noise that has leaked into the two wires from external sources, such as power cables or radio interference, will be in the same degree of phase in both wires. When unwanted noise on the first wire has a value of +1, unwanted noise on the second wire also has a value of +1. When these are fed into the differential amplifier the difference between the two is zero. Therefore, the output is 0 and noise that has leaked (been ‘inducted’) into the cable is eliminated.

This process can be expressed with the following equation:

In summary, when using balanced cables any unwanted noise that has leaked into your cables is eliminated, while the wanted audio audio signal is doubled in strength. So, not only will your signal be free from unwanted noise, it will also be louder. Balanced cable FTW!

I hope I have argued my case as to why balanced cable is preferable in any studio environment. However there are some additional things to take into account.

While nearly all professional equipment utilises balanced inputs and outputs, there are times when you will need to use equipment that is unbalanced, such as guitars, many keyboards, and domestic devices such as CD players. Unfortunately, some unbalanced devices stop working altogether when interfaced with a balanced device (although not all).

When confronted with this problem, a simple solution is to disconnect pin 3 of the XLR (or the ring of a jack plug) and re-solder this to the sleeve of an unbalanced connection but be sure to clearly mark these cables to avoid confusing them with any balanced cables that you already have. 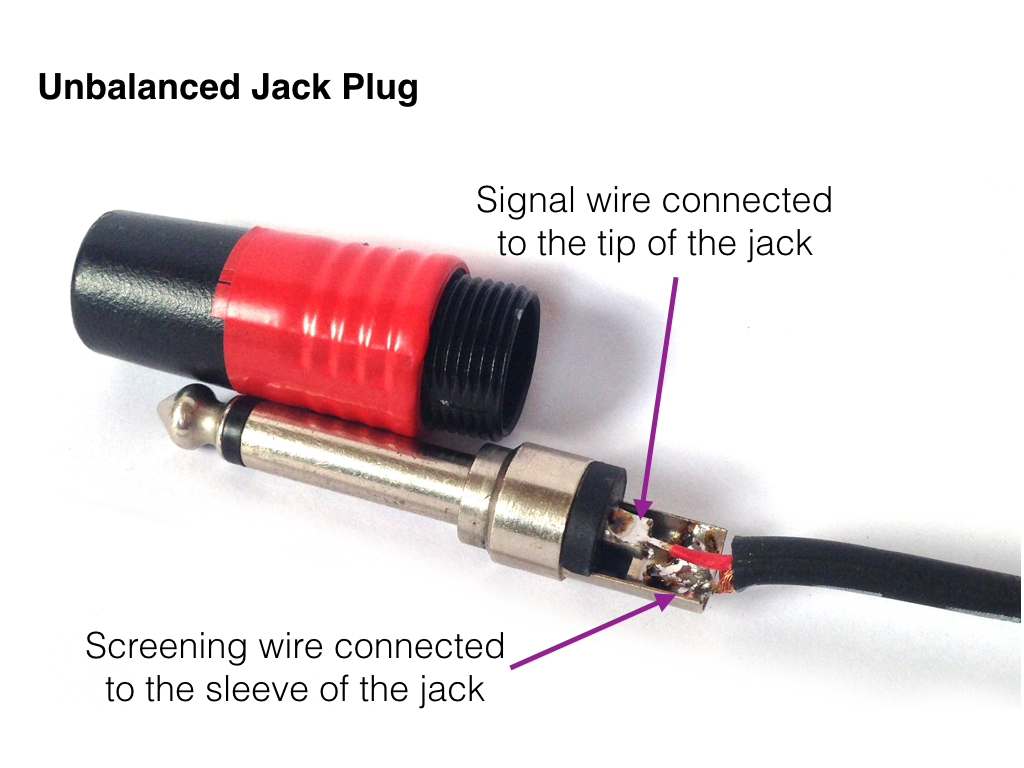 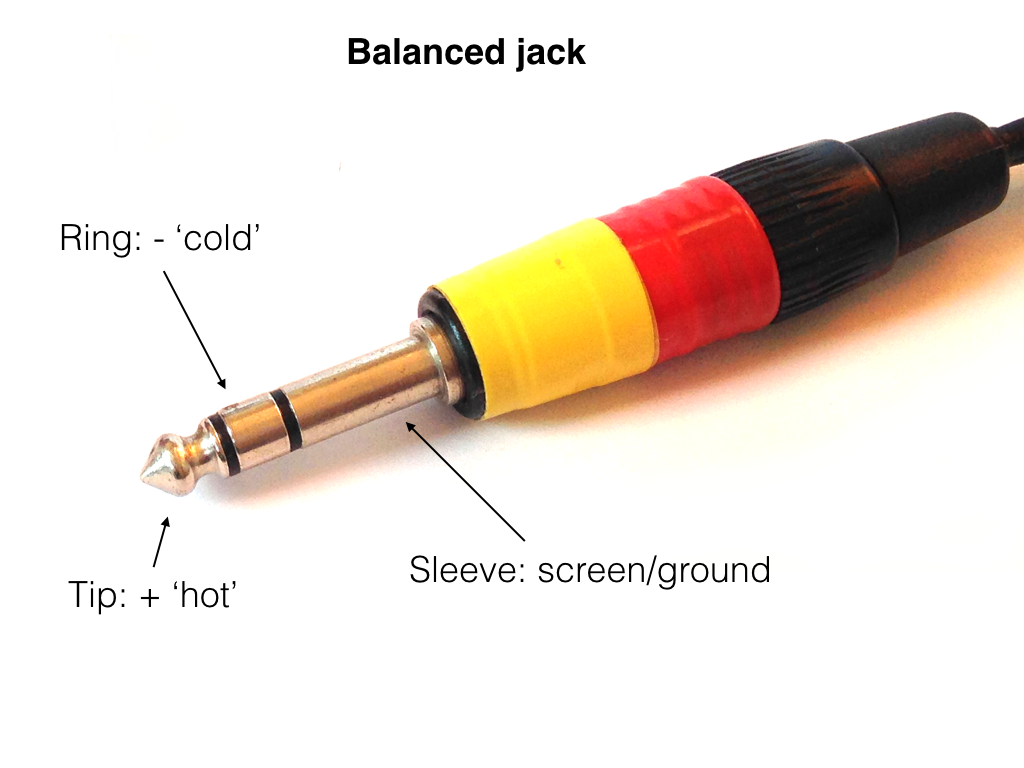 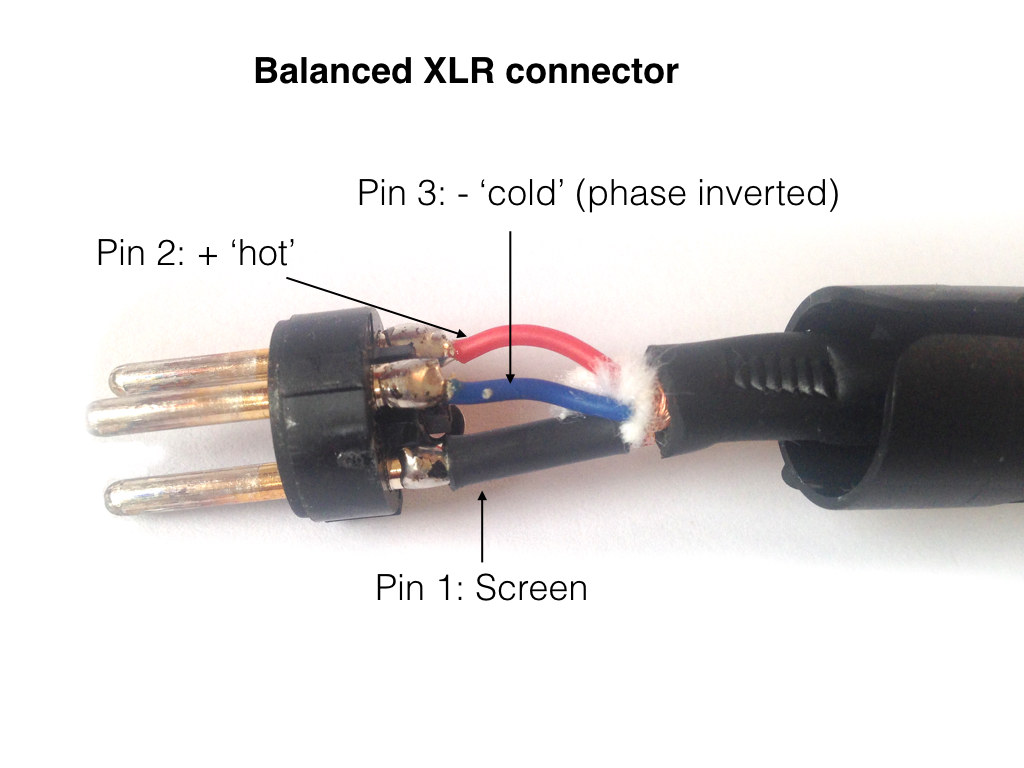 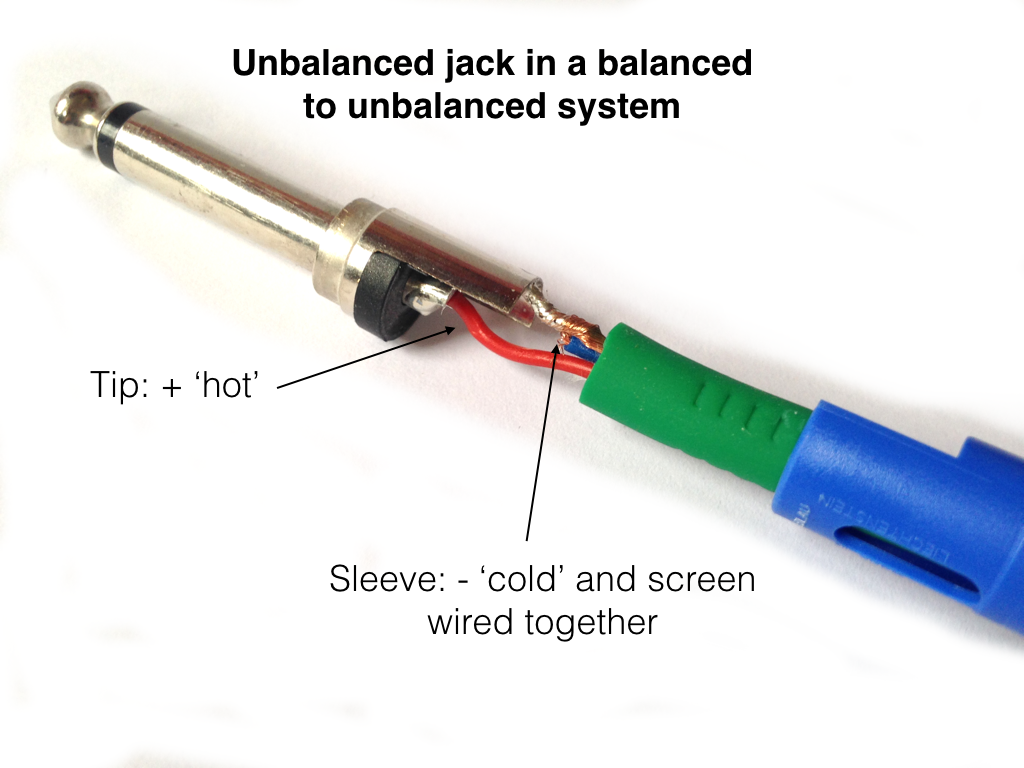 As always, if you have any questions about this article, or need help with any specific issues with your studio, please leave a comment below or get in touch via the contact page.